There are so many ways to enjoy potatoes that it makes them one of the most practical crops to start producing at home. Whether you like them boiled, roasted, fried, baked or mashed, the delicious potatoes on your plate have to come from somewhere. If you’re a kitchen garden beginner, learn how to grow potatoes in your garden here. 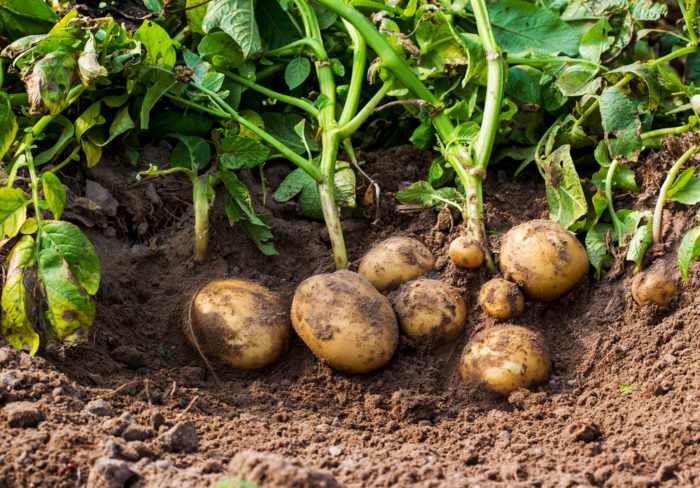 Growing potatoes: Where to begin?

When it comes to growing potatoes, they fall into two classifications. “Earlies” are varieties that can be planted and harvested early in the year, and result in what most people refer to as new potatoes. “Maincrop” potatoes need to stay in the ground much longer, and will produce larger potatoes and higher quantities.

Plant in: March, April, May 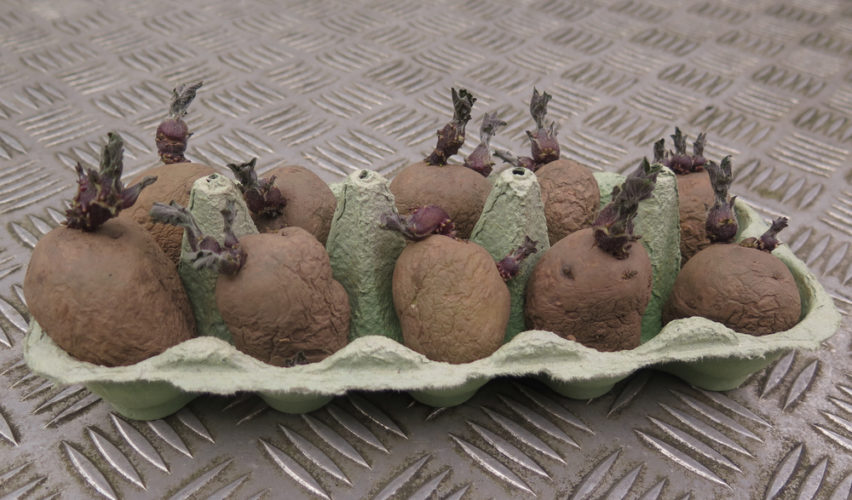 Potatoes are grown from other potatoes. In theory, you can let supermarket potatoes sprout and plant them, but it’s better to grow your own from ‘seed’ potatoes, or tubers. Although they’re essentially the same, seed potatoes have been certified as virus-free, so you know your own crops will be healthy and have a better chance of success. Seed potatoes are usually available from late winter, ready for planting your earlies.

Before planting them outdoors, you need to ‘chit’ them – which just means letting them sprout before planting. Find the end of the potato with the most dents or eyes (the ‘rose’ end), and stand them in trays or containers so that end is at the top. With daylight and protection from frost, you should see shoots start to grow – you want the shoots to be about 3cm long. To help early potatoes, remove spindly and weak shoots and just leave about four of the strongest ones for each seed potato. 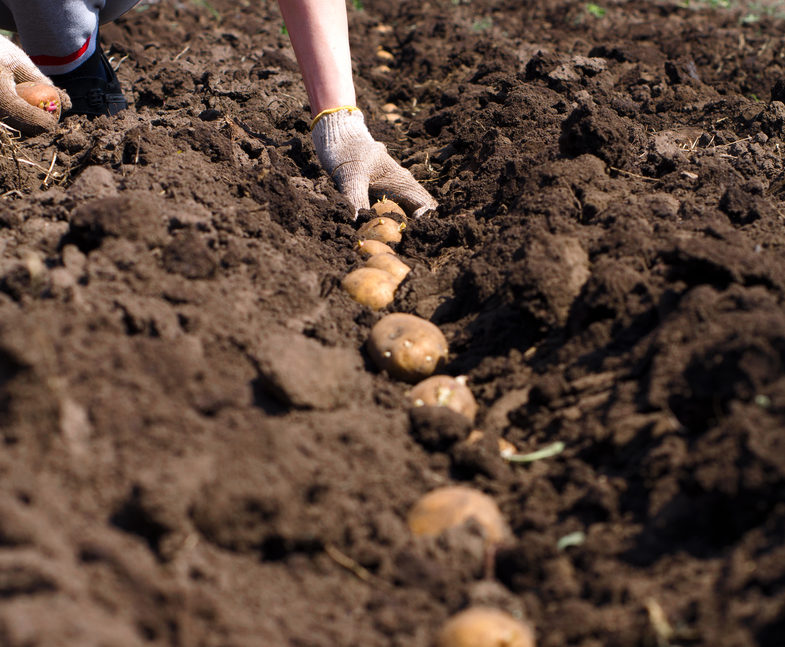 Your earlies should be ready to plant from roughly late March through to mid-April, and maincrops can be planted from mid-April through to early May. This is a bit of an estimate though, and potatoes are particularly vulnerable to frost – so if you’re in a colder part of the country, it’s worth waiting a bit longer. Wherever you live, you should plant your potatoes in a warm location that won’t fall prey to late frosts.

For the best results, dig your potato patch at the end of the previous year, adding lots of nutritious, composted materials. Potato patches are typically about 12cm deep, with room for about 30cm between earlies and 40cm for maincrop varieties. Each row of potatoes should be 60-75cm from the next for earlies and maincrops respectively. 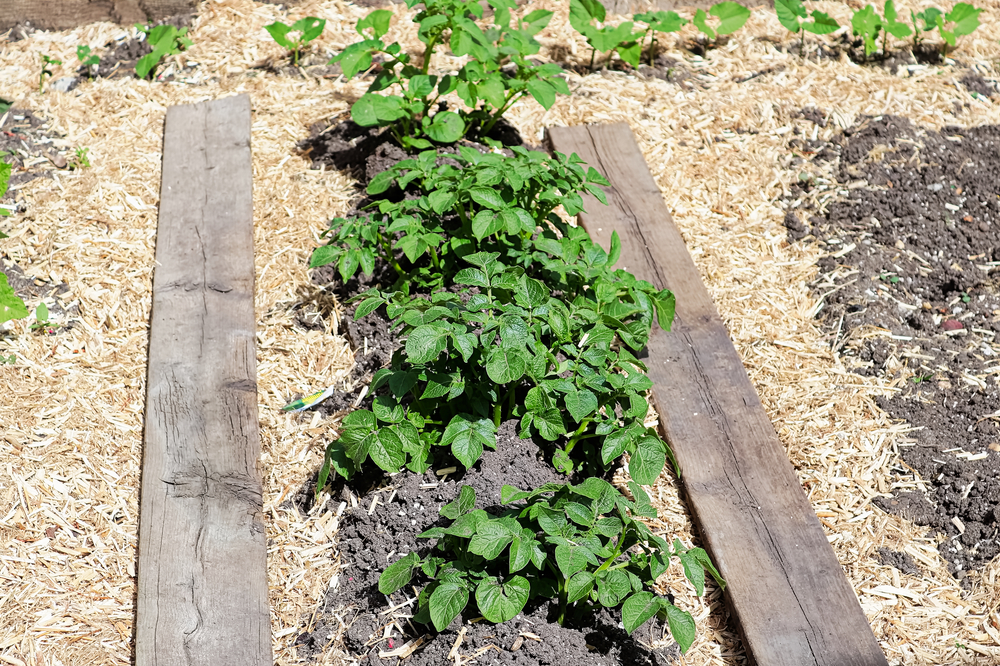 As they begin to grow, potatoes need to be protected from light and frost damage, using a process called ‘earthing up’. When the shoots are about 20cm tall, bring more soil and compost up around them until you can only see about 5cm of stem. Keep repeating this process every few weeks until you have a soil ridge of about 30cm.

Potatoes will grow best with plenty of fertiliser and consistent watering in dry weather throughout summer and autumn. 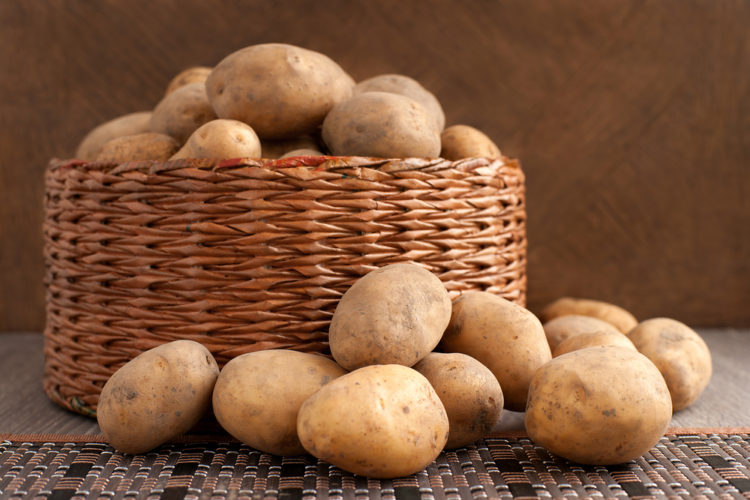 You’ll know by now that the first potatoes ready for harvest will be your earlies – expect the first batch to come through in June or July, and the second to be ready in August. Watch for your potatoes to flower or drop their buds, then get digging. Your new potatoes should be roughly the size of chicken eggs.

Maincrops will carry on developing through autumn, and should be ready through September and October. When the leaves and stems turn yellow, cut all the foliage down but leave the crops in the ground for another 7-10 days before harvesting. Once they’re out of the ground, let them dry out for half a day or so, and then you can store them.

Potatoes should be stored somewhere cool, dry and dark to prevent growth or rot. A pantry cupboard or well-ventilated shed is about right, as long as it’s dry.

Part of learning how to grow potatoes in your garden is being prepared for some of the potential threats to your crop. If your potatoes don’t look quite right, it may well be one of these common issues:

That’s how to grow potatoes in your garden! Brush up on your favourite potato recipes, and don’t forget to check out our guides to growing tomatoes, green beans, cabbages and herbs! We’ve also got general tips for square-foot gardening and companion planting – take a look! 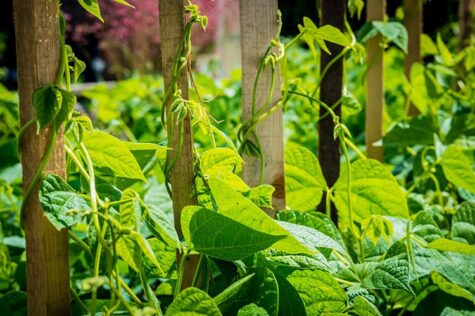 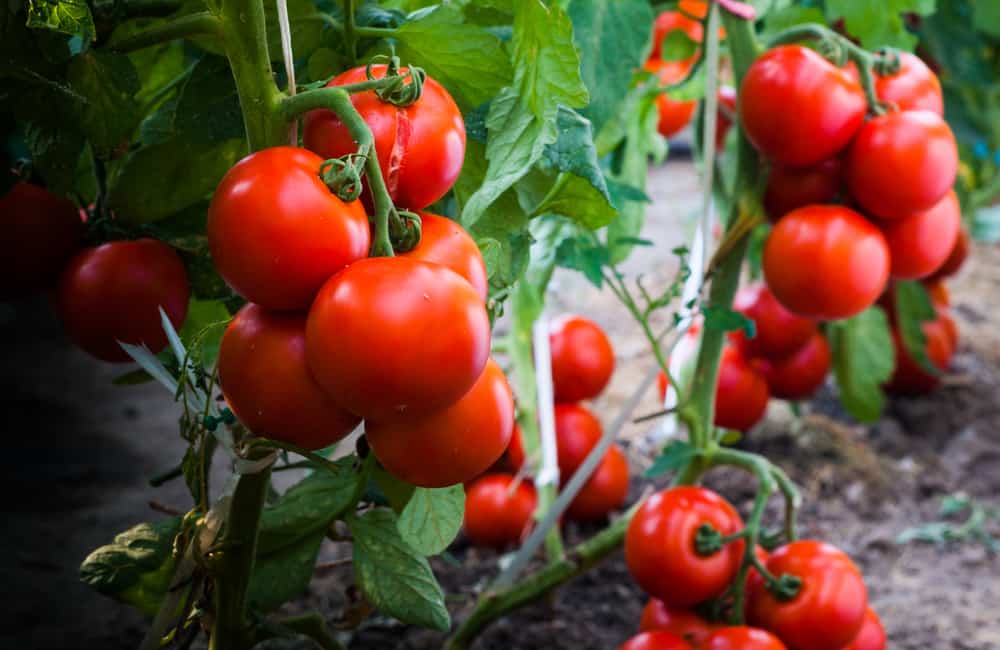 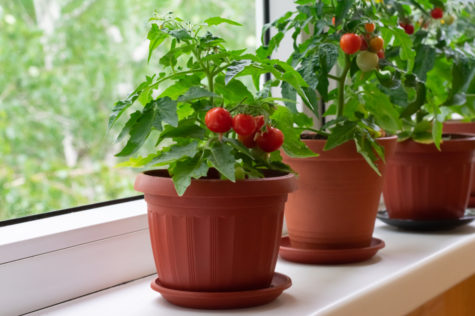 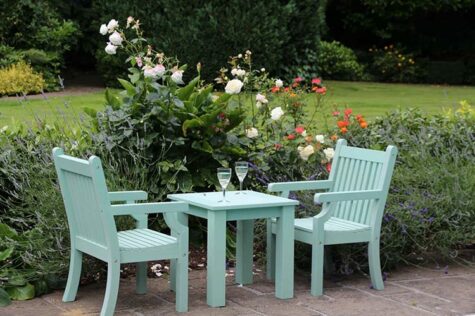 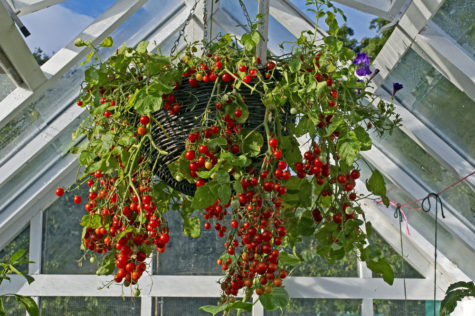 How to Grow Vegetables in Hanging Baskets 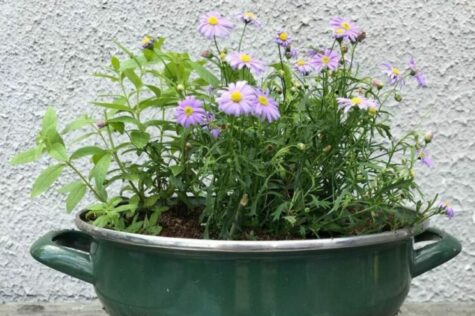