How To Secure A Gazebo From Wind

If you have a gazebo, you will know the struggle involved with keeping it secure in wild, windy weather. Fortunately, there are quite a few techniques you can try to secure a gazebo from wind. 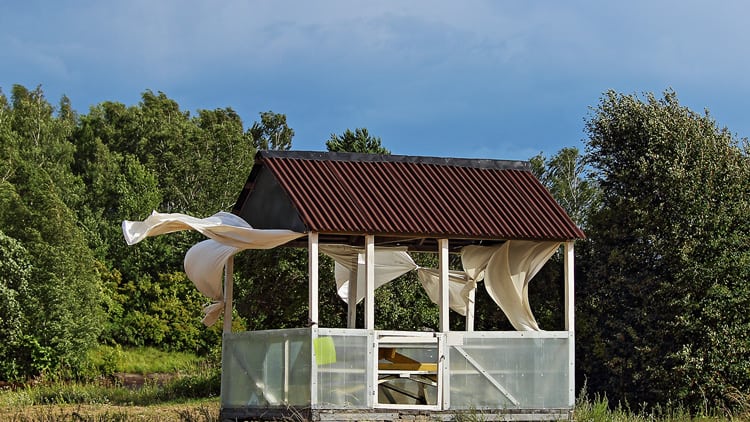 There is no one technique that will suit everyone, however. What works for you will depend on a few things like the type of gazebo you have and the surface you want to secure it to. Let’s take a look at how to choose the best way to secure your gazebo.

Ways to secure a gazebo in the wind

There are several things you can try to secure your gazebo, but before you choose a technique, make sure to check the following:

Once you know what kind of gazebo your working with and have taken note of the environment you’ll be placing it in, it is time to start thinking of how you would like to secure your gazebo.

There are a few permanent methods and then there are temporary methods. Some methods only work on a certain surface as well so make sure to check. Here are a few methods to secure your gazebo. 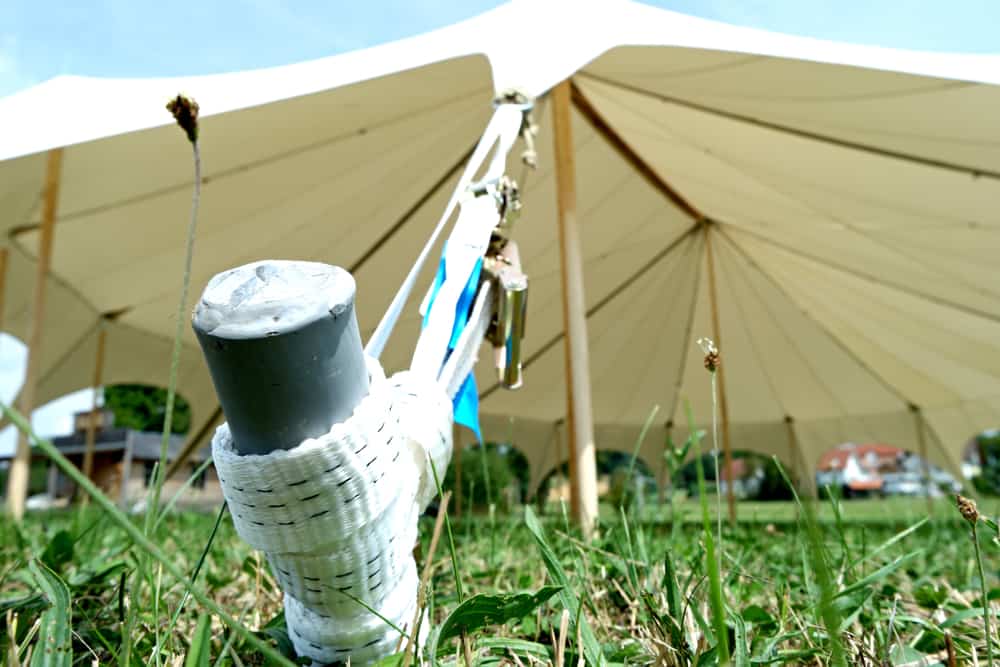 Pegs and rope is the easiest way to strengthen a gazebo. Credit: Shutterstock

The simplest way to secure your gazebo is by using tent pegs and rope. Most gazebos already have ropes attached to them so you can simply use these to secure them. You can also add some extra rope directly to the frame for some extra stability.

Keep in mind that this method will only work on a surface like grass or soil that allows you to knock in tent pegs. If possible, you can also tie the ropes to surrounding structures like a fence and tree to keep your gazebo in place.

Once the ropes are secure you can knock tent pegs through the feet of the gazebo to keep it on the ground. Most gazebos already have a hole in the feet for this exact function.

This method is successful in mild wind, but the gazebo will need to be taken down in strong wind to prevent any damage. 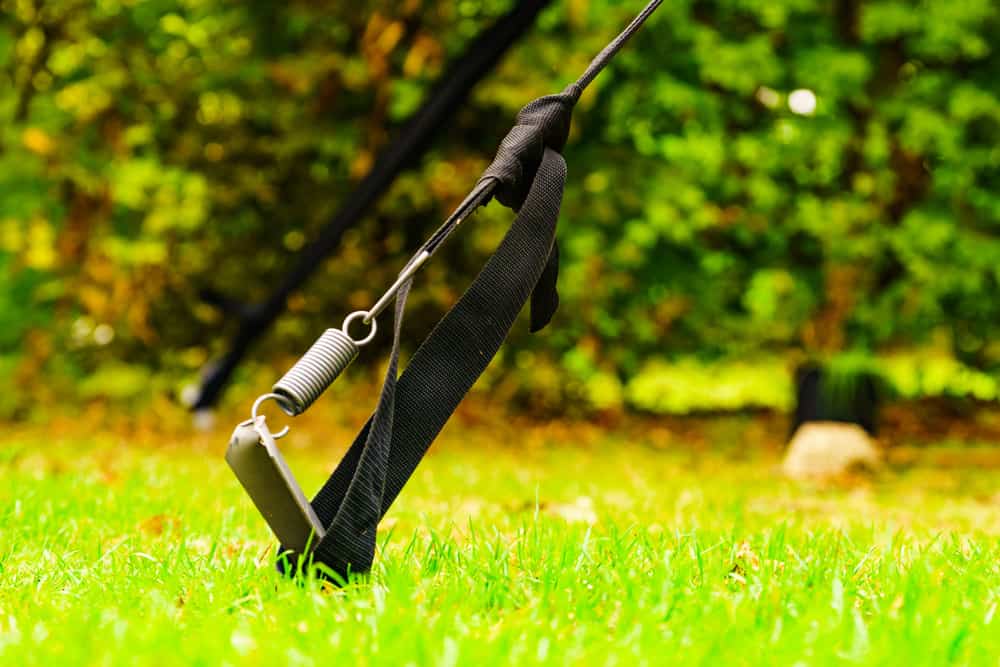 Storm straps are very strong but work only on grass. Credit: Shutterstock

Another very successful method to secure your gazebo is by using storm straps, also called polypropylene straps. These straps will secure the whole structure to the ground, even in strong wind.

Keep in mind that gale force winds still have a good chance of damaging your gazebo regardless of how secure it is so best to take it down if you’re expecting any storms to pass through.

Weigh down the legs so they stay stable. Credit: Shutterstock

A good way to secure your gazebo to the ground without any invasive manoeuvres is by using weights. You will either need special gazebo weights specifically designed weigh down the gazebo legs, or you can make your own.

If you decide to make your own, you can simply fill some bags with sand and secure them to the gazebo legs. Make sure each bag weighs around 15 to 25 kg (33 to 55 pounds) or more if you prefer.

The weight will mostly depend on the strength and speed of the wind you’re trying to counter. This means that your gazebo will be held down by a total of 60 to 100 kg (132 to 220 pounds) of weight divided equally between the four legs. 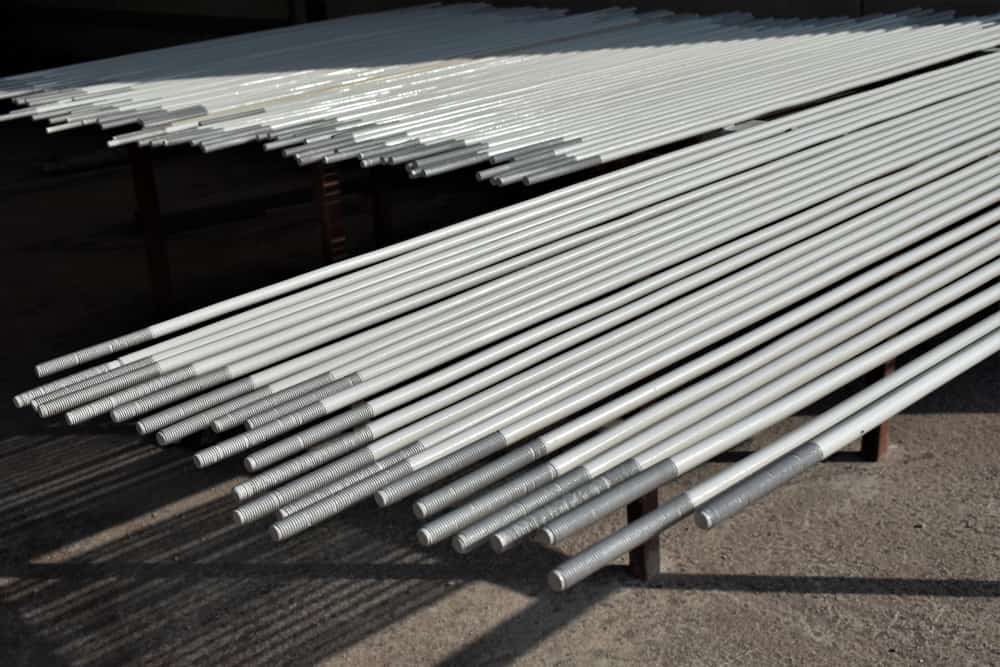 Push the rods through the legs to save a gazebo from the wind. Credit: Shutterstock

Most gazebos already have holes in the foot piece so you won’t need to drill any new ones. If your gazebo doesn’t have any holes, you will need to make your own. You’ll also need to drill holes into the floor to secure the rods. If you don’t want to damage the floor, then this method isn’t for you. 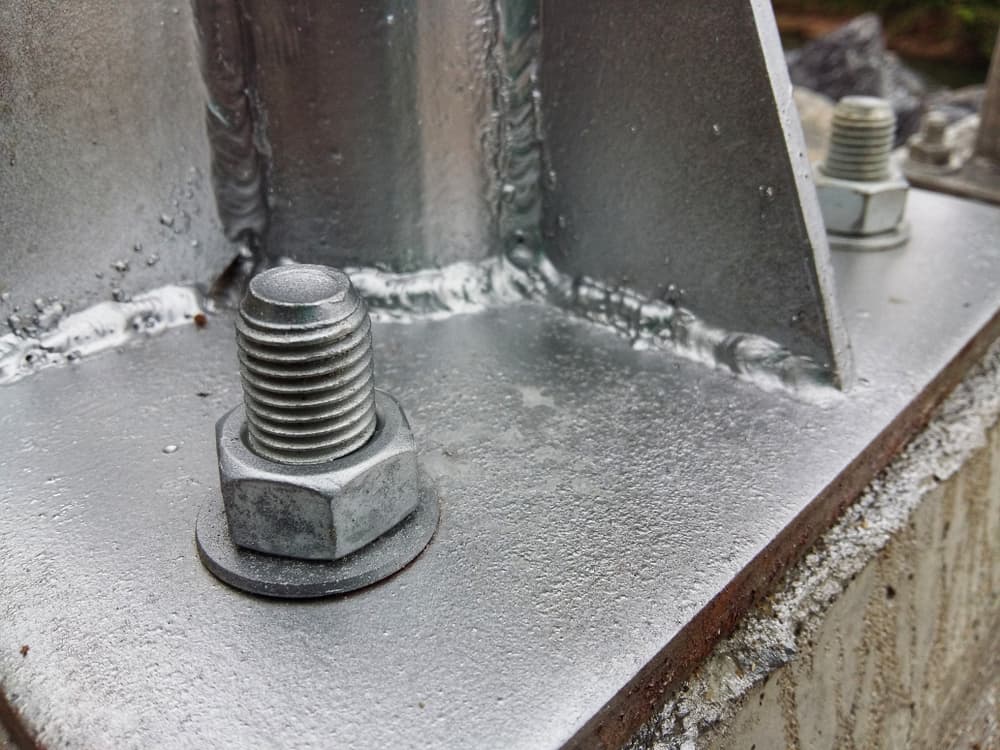 Bolt down the legs to secure a gazebo to concrete. Credit: Shutterstock

Bolts are another way to secure your gazebo to a concrete patio. You will need to drill some holes for the bolts so again if damaging the floor is out of the question, this method isn’t for you.

You will need one or two bolts per foot to anchor your gazebo properly. Keep in mind that this method isn’t the best if you won’t be leaving your gazebo up for long periods of time. 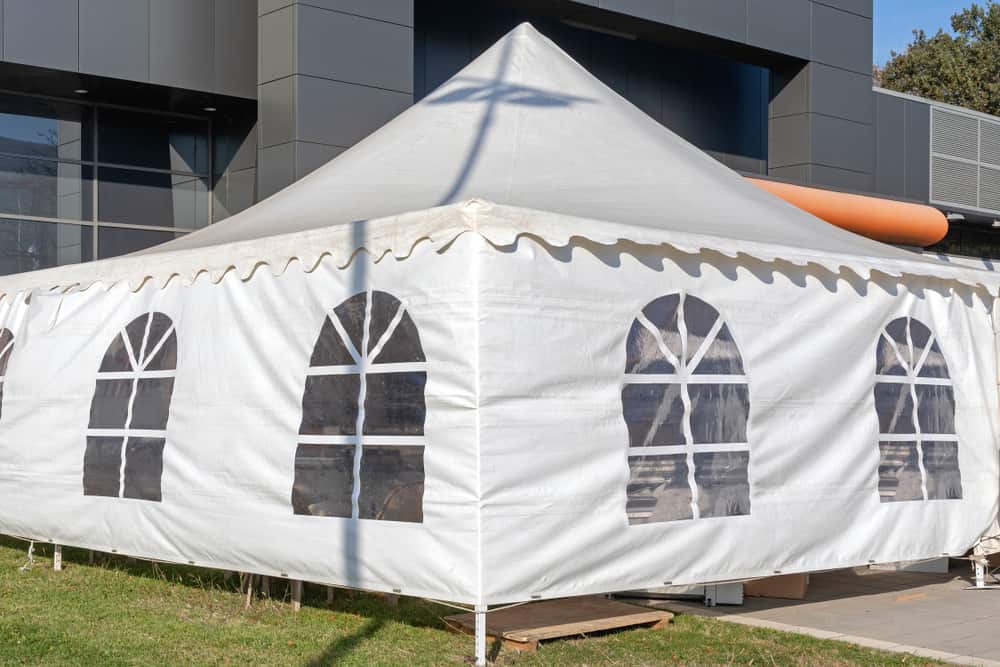 Keep the walls to stop a gazebo from blowing away. Credit: Shutterstock

Keep in mind that the walls work best in combination with other methods. The feet will still need to be secured to keep them in place. You will also still need to take the gazebo down if the wind gets too strong otherwise everything might just rip.

How much wind can a pop-up gazebo take?

A pop-up gazebo should be able to withstand winds between 29 and 48kmph (around 18 and 30mph). The quality of your gazebo will influence how much wind it can handle, however.

When should I take down my gazebo?

How long do hardtop gazebos last?

A hardtop gazebo can last 10 years or more if properly maintained. This gazebo can be left out in the elements during all seasons but you will need to do some basic maintenance to keep it strong. 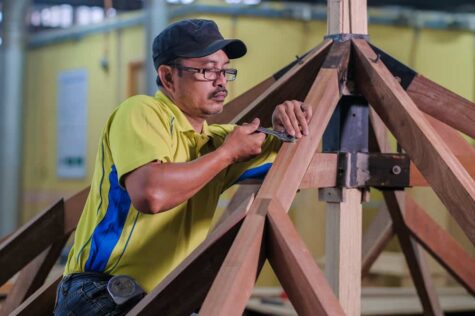 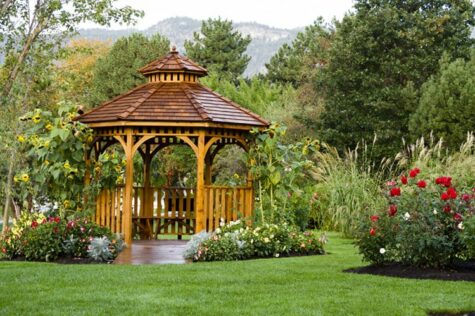 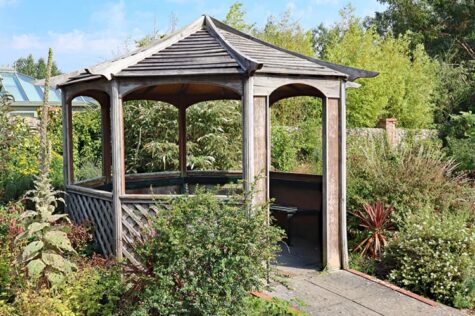 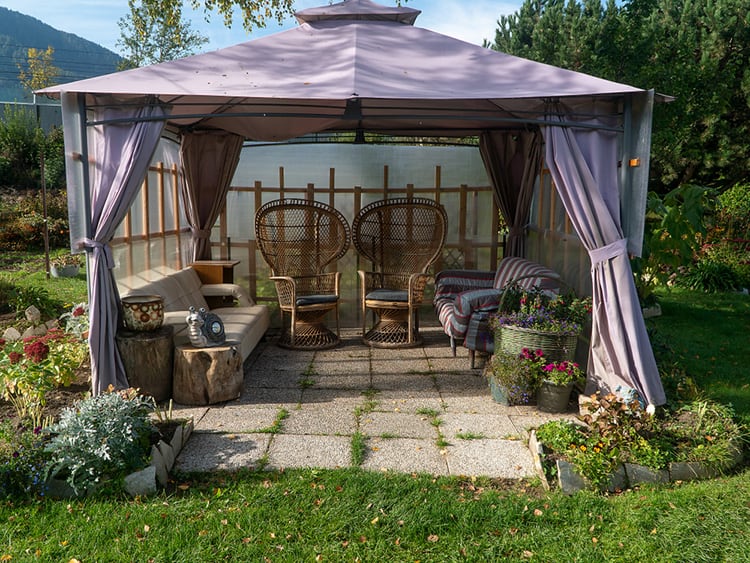 Where Can I Buy A Replacement Gazebo Canopy? 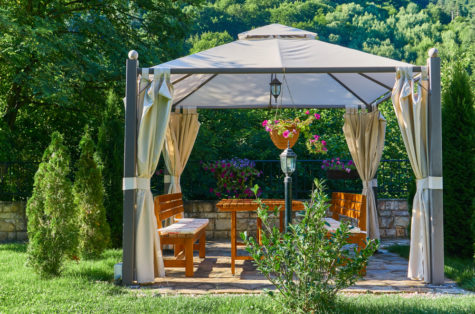 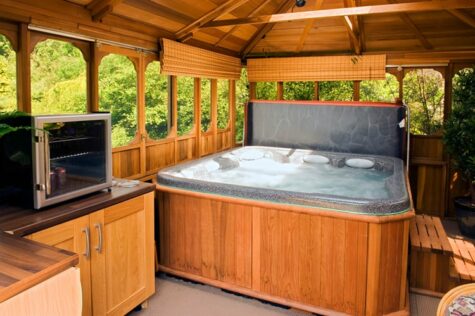